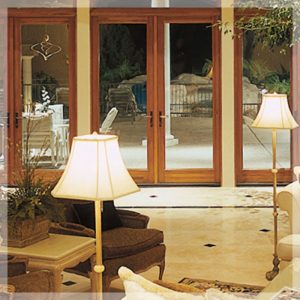 Because one of the main functions of window tinting is to protect the car and driver from ultraviolet light, tinting is measured in terms of how much visible light passes through or penetrates. Usually, the window tint number is offered as a percentage. A window tint rating of 5% means that the tinting allows 5% of the light to pass through. However, manufacturers of car window glass might also have a built-in tinting.

New generation window tinting material works on different principles than the older types of tinting materials that relied more heavily on dyes. The problem with dyes is that even when they are dark when first applied, they fade over time. The number ratings for dark dyed window tinting is more misleading than the numbers on new generation materials made of metallic or ceramics. New generation window tinting can cost a little more at initial purchase but last the lifetime of the car. Ceramic and metallic tinting at a lower number is a better investment than a cheaper dyed material at a higher number. The number value is only significant if it keeps blocking the solar radiation over time, and also if it blocks different types of radiation including visible, infrared, and ultraviolet light.

Some types of new window tinting material actually blocks almost all (99.9%) of ultraviolet light for the safest ride possible, yet without blacking out your windows. Remarkable new technology has transformed the ways window tint is measured and assessed. If you are used to the old number rating systems, it is a good idea to investigate the new metal or nano-carbon materials that are used to more effectively block different types of light and radiation. The tint numbers still measure the amount of radiation, but newer materials simply work more effectively.