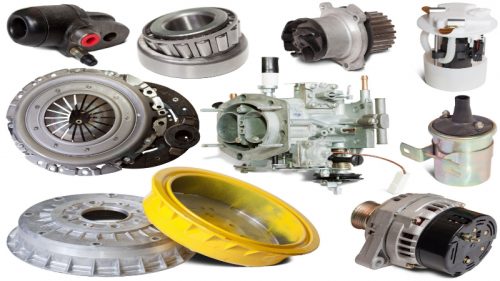 A clutch is that which connects a vehicle engine to the transmission. If there was no clutch the vehicle could not move from a standing start, could not come to a complete stop with the engine running nor would it be possible to change gears. The entire concept of a clutch is based on friction.

The components that make up a complete clutch assembly consist of the disc, pressure plate, throw out or release bearing and the clutch fork. Although it actually an integral part of the engine, being bolted to the crankshaft, the flywheel is also necessary for the clutch to function.

When the clutch pedal is depressed the fork moves the throw out bearing to the center of the bellville spring in the pressure plate, this allows the pressure plate to relax which releases the captive disc from the flywheel. The engine can continue to run while the vehicle is stationary. When the clutch pedal is released, the opposite action takes place and as the engine and transmission are now coupled together, the vehicle moves.